Question: Why have I been up all night long for the last week? 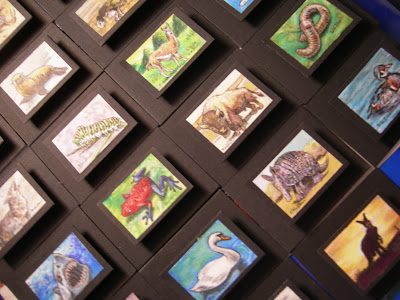 Artist William Hessian has become known for creating artworks on a miniature scale. Over 100 of his miniatures have been hidden and collected in free public art hunts across the United States. This exhibition, 100 miniature animals, is the first time the miniatures are being displayed in a traditional gallery setting. William has chosen to explore 100 creature from the animal kingdom on an amazingly small scale; one inch by one and a half inches small. The Jamestown Art Center gallery will be featuring this display of miniatures.

William Hessian has performed four miniature buffalo hunts in Jamestown, North Dakota; as well as art hunts in California, Portland, Minneapolis and Salt Lake City. Hessian's mixed media miniatures are known for there bright colors, saturated palette and minute details. “Working in miniature gives me a challenge to effectively portray each animal with great detail and vigor; I never use it as an excuse to skimp or cut corners,” William says. The 100 miniatures juxtapoz the daunting white walls of the gallery, and invites you to get close, and challenge your own sense of scale.

The opening reception for the miniature show will be Monday night, February 23rd and will feature miniature snacks and drinks, and an opportunity to talk with the artist.

Here is a sample of the show being hung: 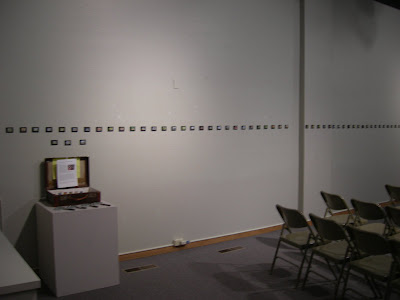 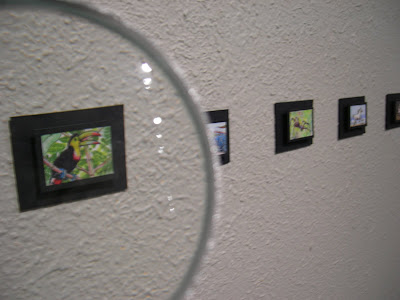 Posted by William Hessian at 12:17 PM

This was a big art show with little paintings ... very fun to see! And neat to own a couple of them!