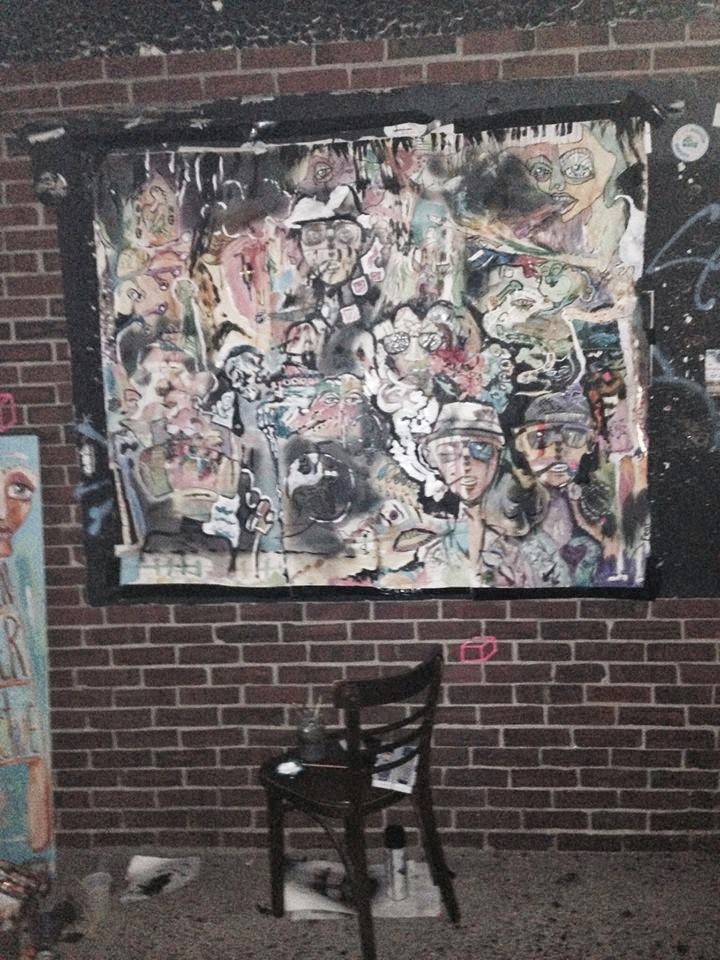 Check out the exquisite corpse style mural created by a dozen Hidden Ladder Collective artists in Portland, Maine at GENO's bar for the Fear and Loathing Art & Music show curated by Dave Bregoli. The mural was created in just black paint on Congress Street outside, then it was cut into 6 pieces and split up into two smaller murals for the colors to be added. Later the mural was recombined together and this was the result. Artist who participated was (but not limited to): Abbeth Russell, William Hessian, Andrew Abbott, Adrianna Tibke, Mary Beth Thompson, Kara Oster, Sighless, Corey and more. The show itself also featured a boatload of great local artists and musicians, see blow: 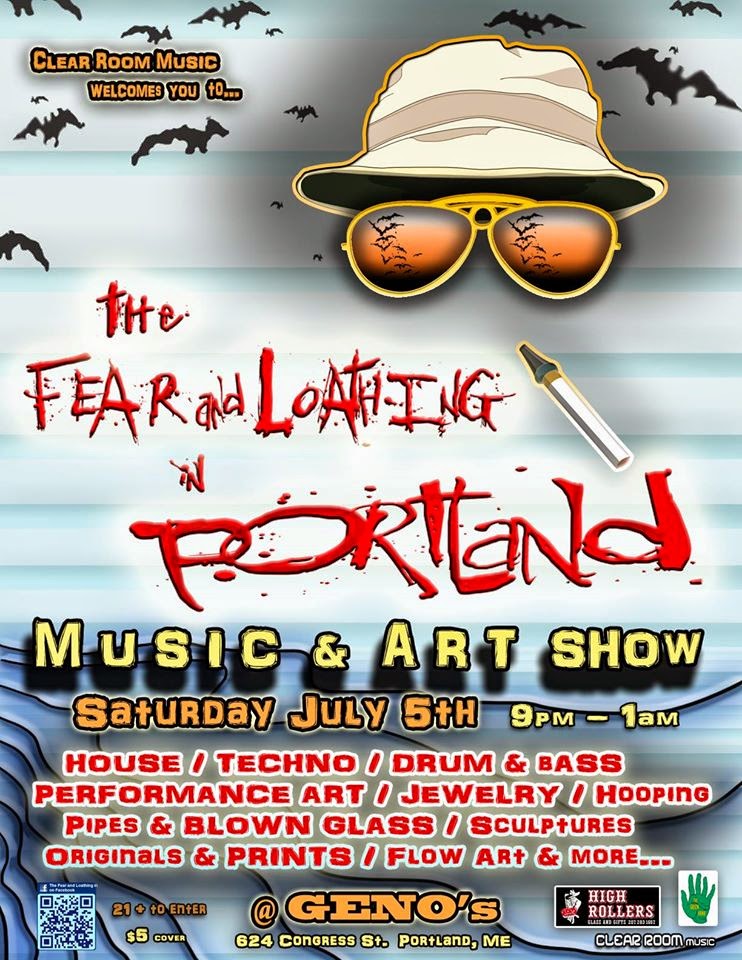 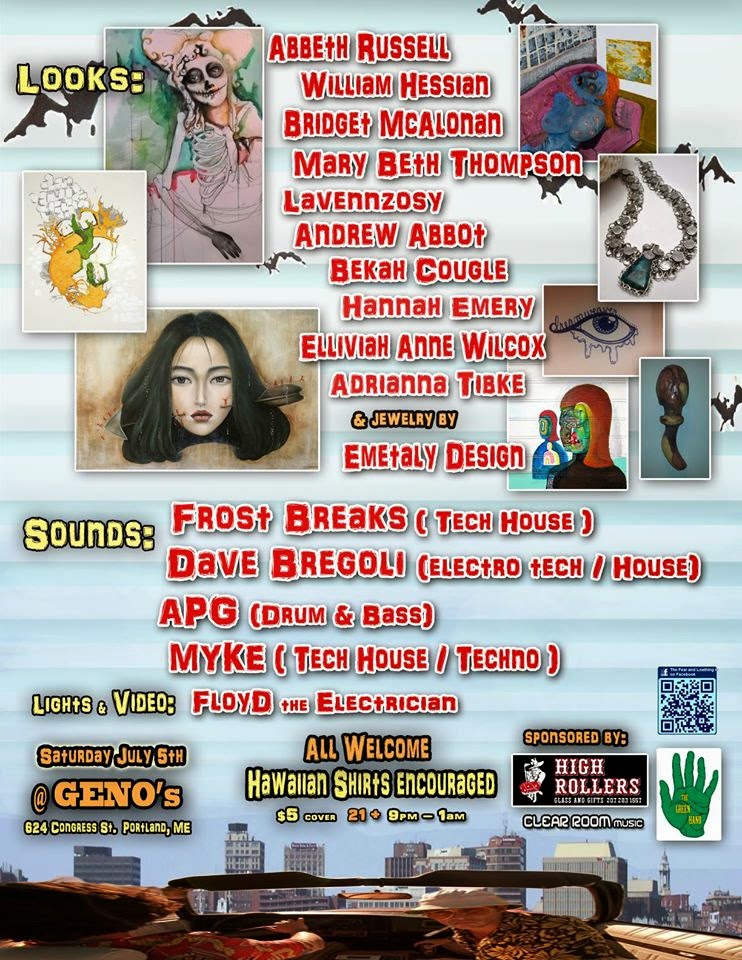 Posted by William Hessian at 3:11 AM