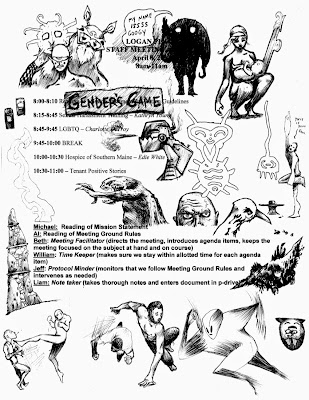 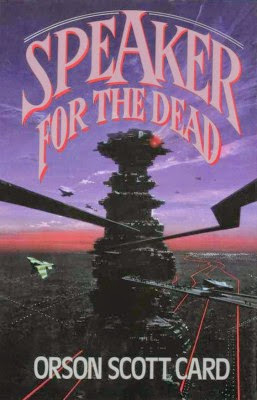 The purposely ironic thing about naming a queer band after an Orson Scott Card book, is that the author Orson Scott Card himself is openly a homophobic person, you can read about it on-line if you are interested, here is an article to get you started (http://www.salon.com/2013/05/07/sci_fi_icon_orson_scott_card_hates_fan_fiction_the_homosexual_agenda_partner/). Meanwhile, Orson Scott Card's science fiction books are quite good and have been some of my favorite books growing up and I personally was surprised to hear Card's opposition to homosexuals and it did put a sour taste on some of my favorite books. I got to talk with Speaker for the Dead's (the band) lead singer Greg McKillop about this and it made me think about a changing the name of Orson Scott Card's most popular book (and my favorite) Ender's Game to Gender's Game. I thought this was clever.

Speaker for the Dead (the band) is an inspiring group (sometimes over 15 performers at a time) of artists, performers, musicians who always put on an incredible show and worth spreading the word about! Greg McKillop is incredible on vocals, writing songs and playing music. Usually their performances meander with great energy into the streets or take over the alleys, sidewalks and parking lots surrounding the initial venue and it seems like the crowd ends up in the band by the end of the show. The energy is palpable. It should be noted that I have actually never been to one of their shows, but I have heard epic stories first hand and also watched videos and seen pictures. The music and lyrics themselves are also incredible:

Speaker for the Dead available on Bandcamp 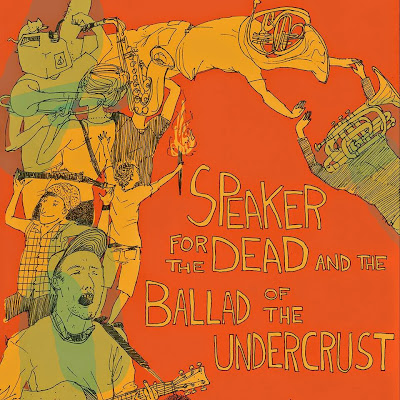 All this information and I almost forgot this was a Sketchbook Friday post. I almost forgot to mention Googy Logan. He's quite a character. The breast feeding Sitar player was an early sketch for a modern god of creativity Saraswati. A project that is still in the works. If you look closely you can find Ryback the WWE wrestler in there and an ankle injury being blamed on god. The sketch page was also a vehicle for me to try out some unusual action poses too. But, really, if you are to take anything away from today's post, I think you should go check out Speaker for the Dead (the band).

Posted by William Hessian at 5:37 AM