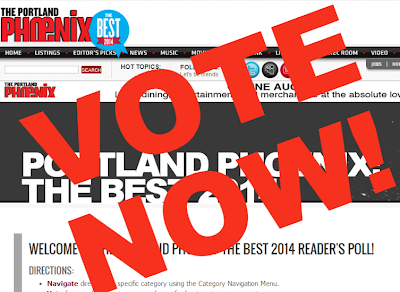 I am excited and humbled to announce that I have been nominated as the BEST VISUAL ARTIST in the PORTLAND PHOENIX for the city of Portland in 2014. The announcement came in the newspapers just a few weeks before I planned to announce my spring time ART HUNT & PARK CLEAN UP event! The winner of the title "BEST VISUAL ARTIST" is decided by online vote, and everyone can vote once per day until May 15th, 2014.