Canvas Killer and the Bumbling Woohas at Mayo Street Arts 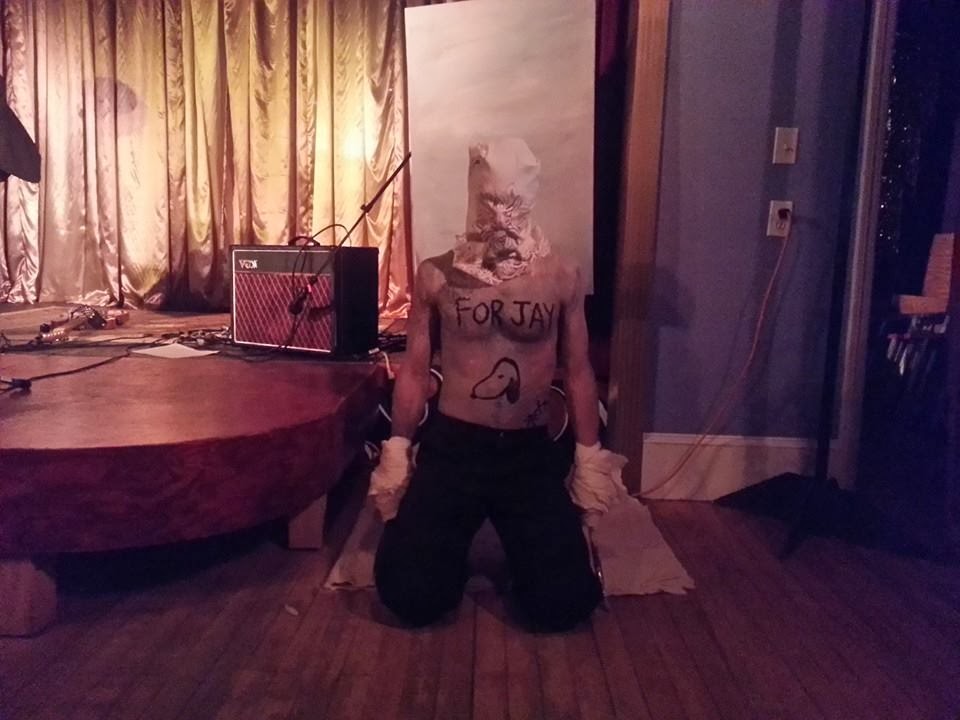 My father, Jay, passed away on Christmas Eve 2013. He was a wonderful man and the nicest person I have ever met. I was lucky to have him as a father. The end of 2013 was a bright red blur of emotional pain and a really hard for me to deal with, given my intense fear of death. My father died unexpectedly of a heart attack, and Christmas will never be the same. Incredible energy from my friends, my family, my partner and from my father's spirit helped me dredge through the sorrow and wade to the shore of acceptance. One of the ways I deal with emotional pain is to do performance art that I call Canvas Kill. My father was a huge supporter of my performance art and when I was approached by my closest friends and band "The Bumbling Woohas!" to perform a canvas kill during their show at Mayo Street Arts in Portland Maine, I asked if I could dedicate it to my father. Sighless and Abbeth Russell told me that they had already planned on dedicating the show to Jay.

The creator and the destroyer
One of my hands was bandaged up with only a paint brush jutting through; the other was bandages up with only a knife jutting through. My entire body was painted dirty gray. On my chest I painted a stitched line to represent my recent hernia surgery (of which i was only partially recovered from) and also to represent the pain I was feeling without my Father. On my stomach I painted a symbol that my father often used of a cartoon dog, which was his humorous way of joining me in the world of visual art time and time again throughout my life. On the center of my chest I painted, "For Jay". The creator and the destroyer. The high energy rock n roll show was juxtaposed by my emotional process of grieving through my art. The show started with Abbeth Russell bursting free of a box in the backdrop. As the show progressed from guitar riffs by Fernando, to juggling, harmonica and vocals by Abbeth, intense guitar playing and raw vocals by Sighless the band played through their set of original songs. The music erupted the crowd into a melee of dancing and thrashing. Meanwhile, I was painting a dark portrait of three characters. I paid tribute to Jay and knelt before the crowd sobbing underneath the mask, wishing for my dad to return to me, but also trying to let him go. In the energy vortex that is a Bumbling Woohas show I found the strength to stand and stab the artwork with my knife hand. The painting featured three figures (representing my dad's immediate family, my brother Scott, my mother Lori and myself) and we were all entirely black. Consumed. The gouges made violently by the butcher knife hand caused the black painting to bleed small drips of red and pink. As the music climatic ending called dozens of people to the stage to sing along together, I rested my head against the dead painting thanking my dad for everything he was to me and promised to be more like him than ever before. During this performance I dug deep inside and extracted some of my vulnerable and injured parts and gifted them to a raucous crowd, asking for the audience to adopt these damaged parts and lessen my burden. Simultaneously I tried to breath in the love, passion and positive energy that surrounded the performance. Many in attendance were close friends who were aware of my loss and pain and were willingly accepting my painful performance.

Making it happen
My amazing partner, Kara Oster, took an incredible set of photos, including before and after shots of the performance which you can check out here: Photos of the Canvas Kill. Kara also did the sewing for the mask and the arm bandages. A big thank you to Kara, Abbeth, Sighless, Fernando, and Greg McKillop for all that they did to make this Canvas Kill successful. 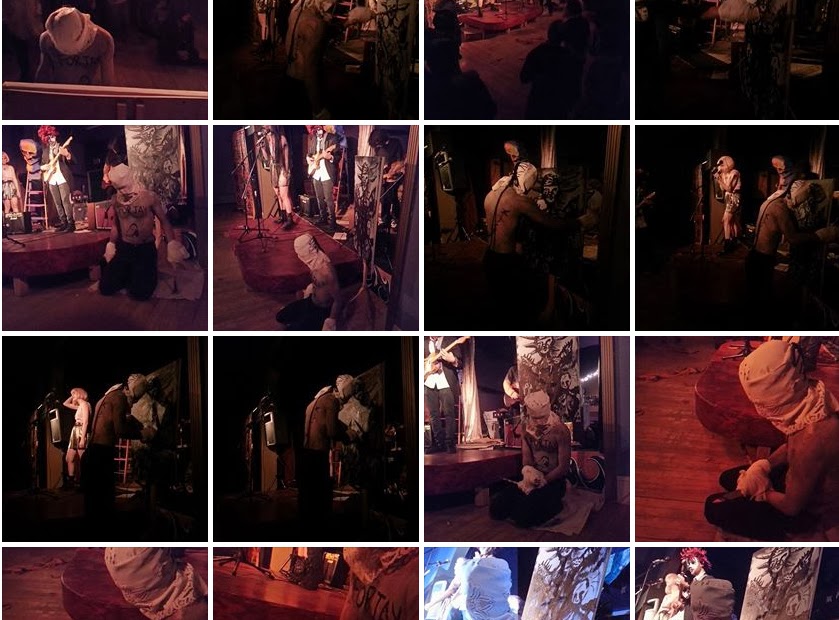 Posted by William Hessian at 5:25 AM