The Throne: People I Like
In Portland Maine, during the 5 months I lived there, I consistently kept running into amazing people. One impressive person, led me to another, to another. I either wanted to learn from them, had crushes on them, wanted to collaborate with them, or just learn more about them. I had just moved to the Copy Center at Staples and was spending my days playing with these amazing creatures called copy machines....and thinking of my new friends. It was clear that it was time for a zine. The next day I was asking to take portraits of people, in hopes that they would create a self
portrait page of themselves for the zine. I called it 'The Throne: people i like' 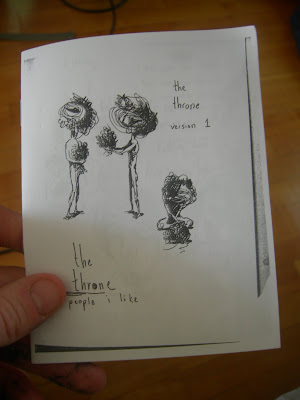 The Idea
Each participant gets a page of the zine with their picture on it, they get to complete the page however they want, writing, drawing, painting, collage. Once it is returned to me, I include it in the newest version of the zine.

Versions
The first version contained 8 pages. When another 8 friends turn in their pages, then a new updated version will be released. Each version would be bigger than the last. The only tricky thing is getting people to complete their submissions. 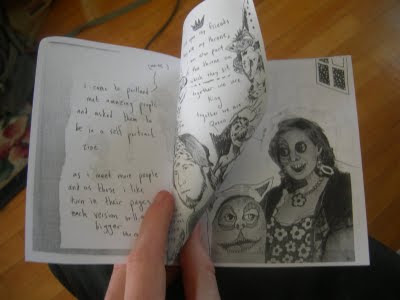 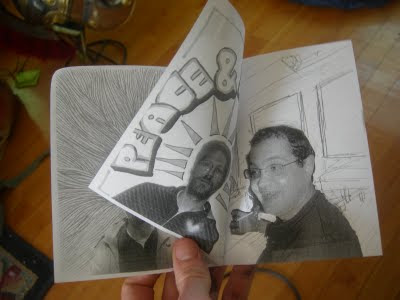 Posted by William Hessian at 2:28 AM

Email ThisBlogThis!Share to TwitterShare to FacebookShare to Pinterest
Labels: zine