The end of a very long story 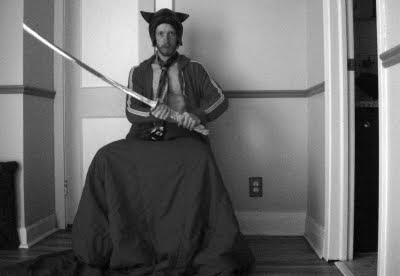 this is a production photo

the goal of the movie was for me, as the ninja, to attempt to destroy the film and kill the camera man before he was able to release it to the world. the movie is about this struggle, and having won the battle, the movie has ceased to exist. All but a few photos.
Posted by William Hessian at 1:39 PM

Fun fact: There are 64 squares on a chessboard.