PBL ROBOTS the card and dice game is down to its last 24 hours on Kickstarter! https://www.kickstarter.com/projects/robotcardgame/pbl-robots-dice-and-card-game 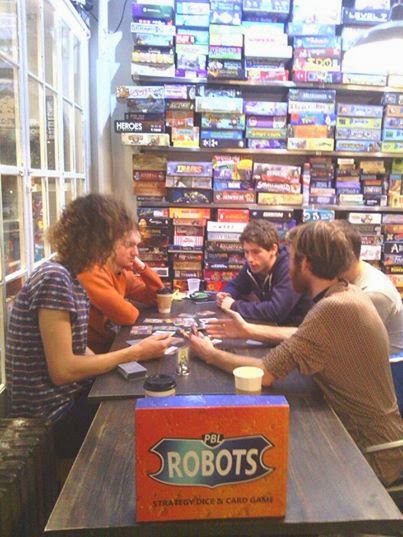 William Hessian and John "Sighless" Supinski have spent the last two months playing demo nights in every game store in greater Portland area, calling game stores across the country, e-mailing friends and family and posting everything on social media. Their goal was to raise $22,000 to print their brand new card and dice game PBL ROBOTS! This last week they had to turn up the volume on their effort and make a trip with 3 friends to New York City on a mission to play PBL ROBOTS with as many people as possible, in as many places as possible. The mission was a success as the trip generated over 6 thousand dollars in new donations on Kickstarter. 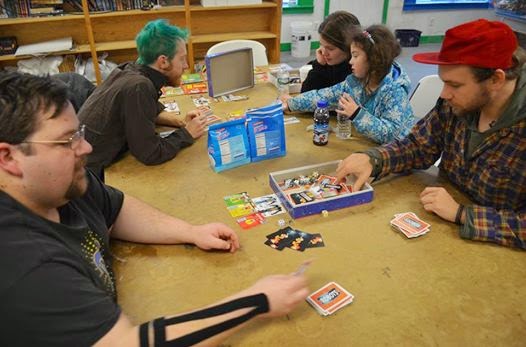 William and John started Hidden Ladder Games in Portland, Maine a year ago after deciding to develop the game and turn it into a real thing. William and John both belong to the Hidden Ladder Collective, a group of artists and musicians in Portland. This artist collective helped develop the game from the ground up, inventing characters, play testing and editing. Other local companies like Walker Film Productions helped create the game play video for the company. R Choice 2 Gaming in Portland, and Weekend Anime in Westbrook has hosted weekly demo events during the last two months and have been extremely supportive. 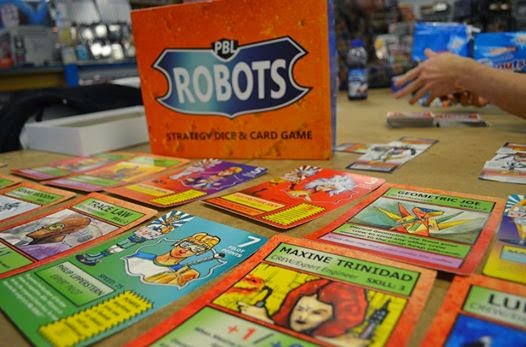 "The card game itself is a blend of Magic the Gathering, Risk and Settlers of Catan: only with giant Robots!" says William when explaining PBL ROBOTS. Each player own a giant robot and builds cards on top of the robot to upgrade armor and increase the power. Other cards like crew members, hangars and action cards help develop a strategy. The game typically begins with a draft, where each player selects which card will be in their deck and not long after battles begin and the dice start rolling. Blow off all 4 limbs of the opponent robot and you win the game. The game itself is traditionally a 2 player head to head game, but has over 12 different variations, some for younger players and faster games and others for multi-player, tournament modes and puzzle modes. "The game can be played so many diverse ways that it appeals to wide range of people and a wide range of play styles." 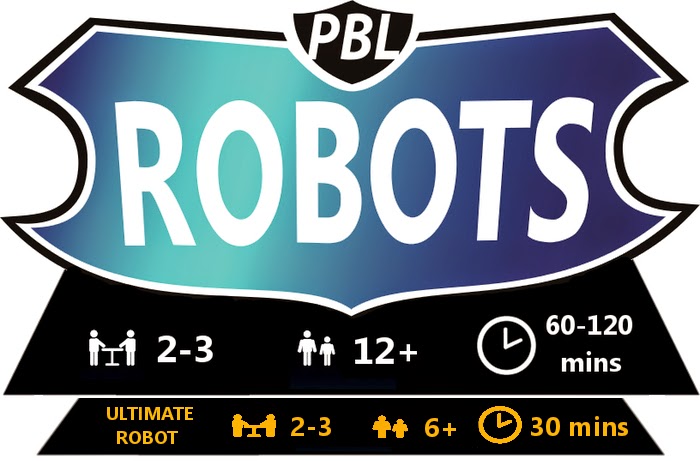 Each game has 113 cards and comes with a variety of dice, a rule book and two control panel cheat sheet are also in the game box. This gives you everything you need to learn and play the game. With only 48 Hours left on the Kickstarter the pair of game developers are gearing up to place a giant order of 5 thousand games and will start to ship and sell them as soon as they arrive! You can find their Kickstarter here: https://www.kickstarter.com/projects/robotcardgame/pbl-robots-dice-and-card-game 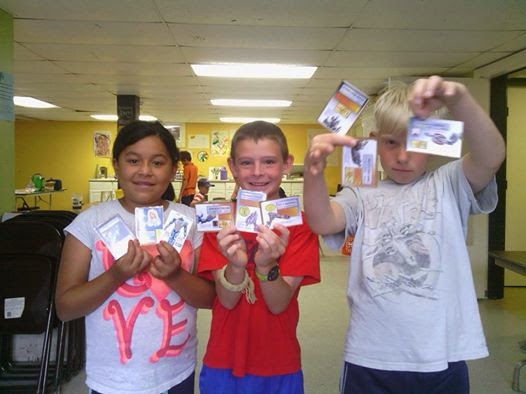 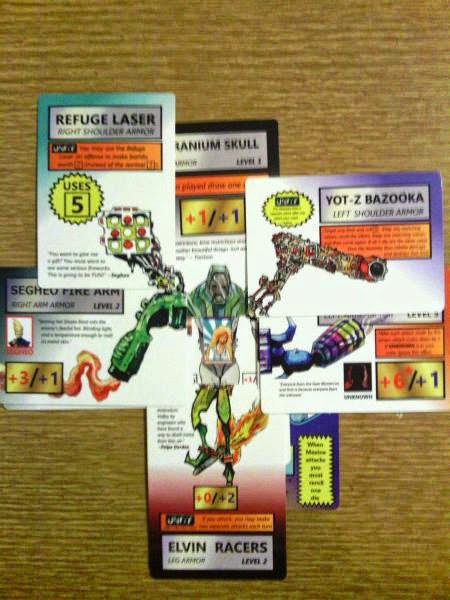 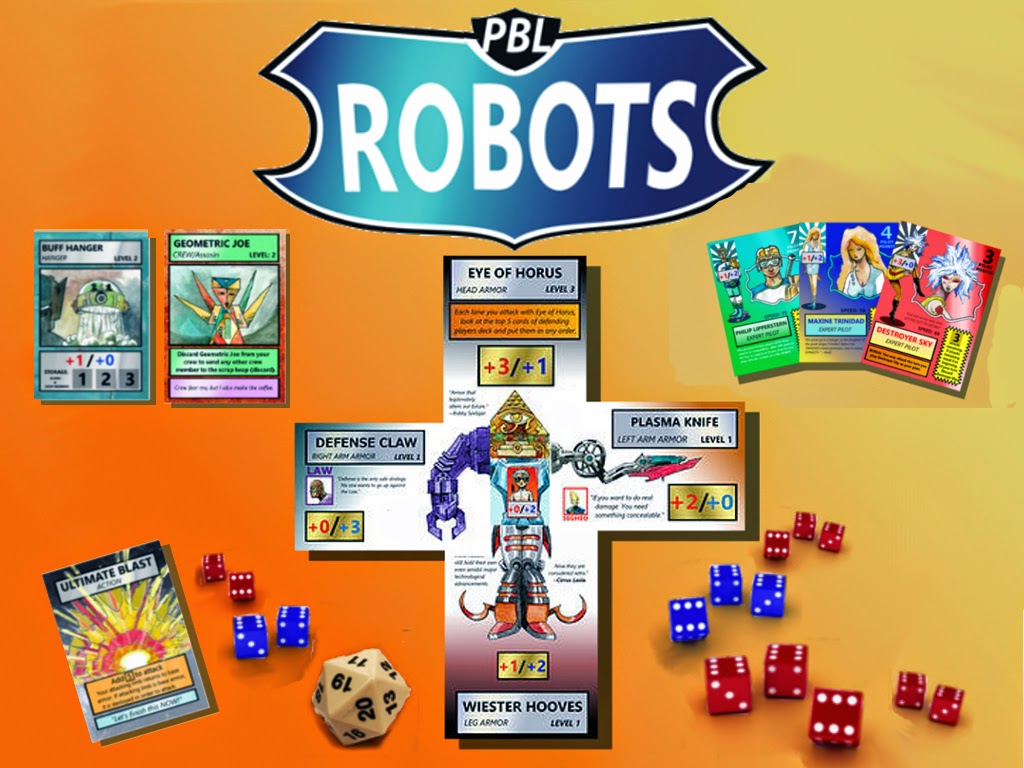 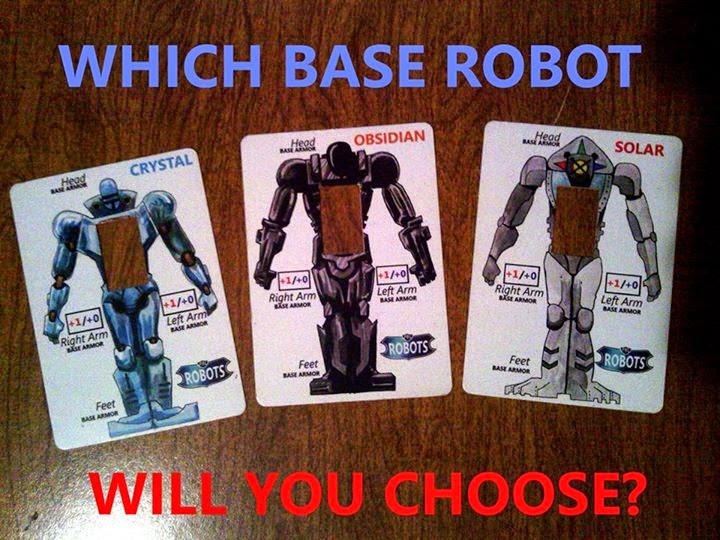 Posted by William Hessian at 5:39 AM