The robot card game that lets you build the ultimate robot and destroy your opponent. Pro Bionics League Robots is the culmination of all competition. In the future technology has surpassed athletics and sports are a test of the mind. This dice/card game forces starts you and your opponent(s) with a base robot that you upgrade with new armor during the battle, you hire crew, build hangers, you contact new pilots and play action cards and then make attacks to blow off limbs of the challenging robots. 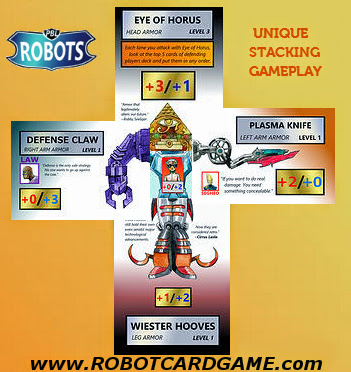 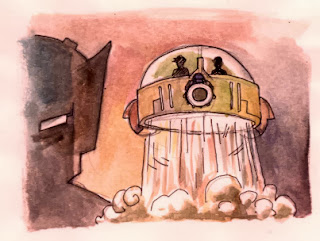 The beginning of the game involves a simple draft circuit where you begin to pool your resources and then begin to make moves and actions to put yourself in the best position to make attacks and defenses by rolling dice. Above you can see a buff hanger which gives your robot an attack boost during the game and allows two crew members to enter the game. 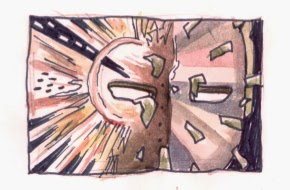 Action cards have various instant effects that can change the outcome of the game. The art seen above is for the card, "COMMABACK" which allows you to draw three cards after one of your Robot's limb is blown off. 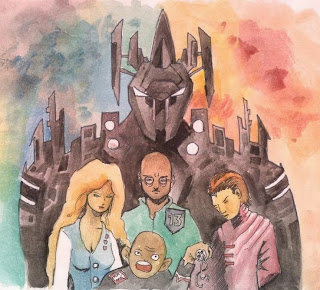 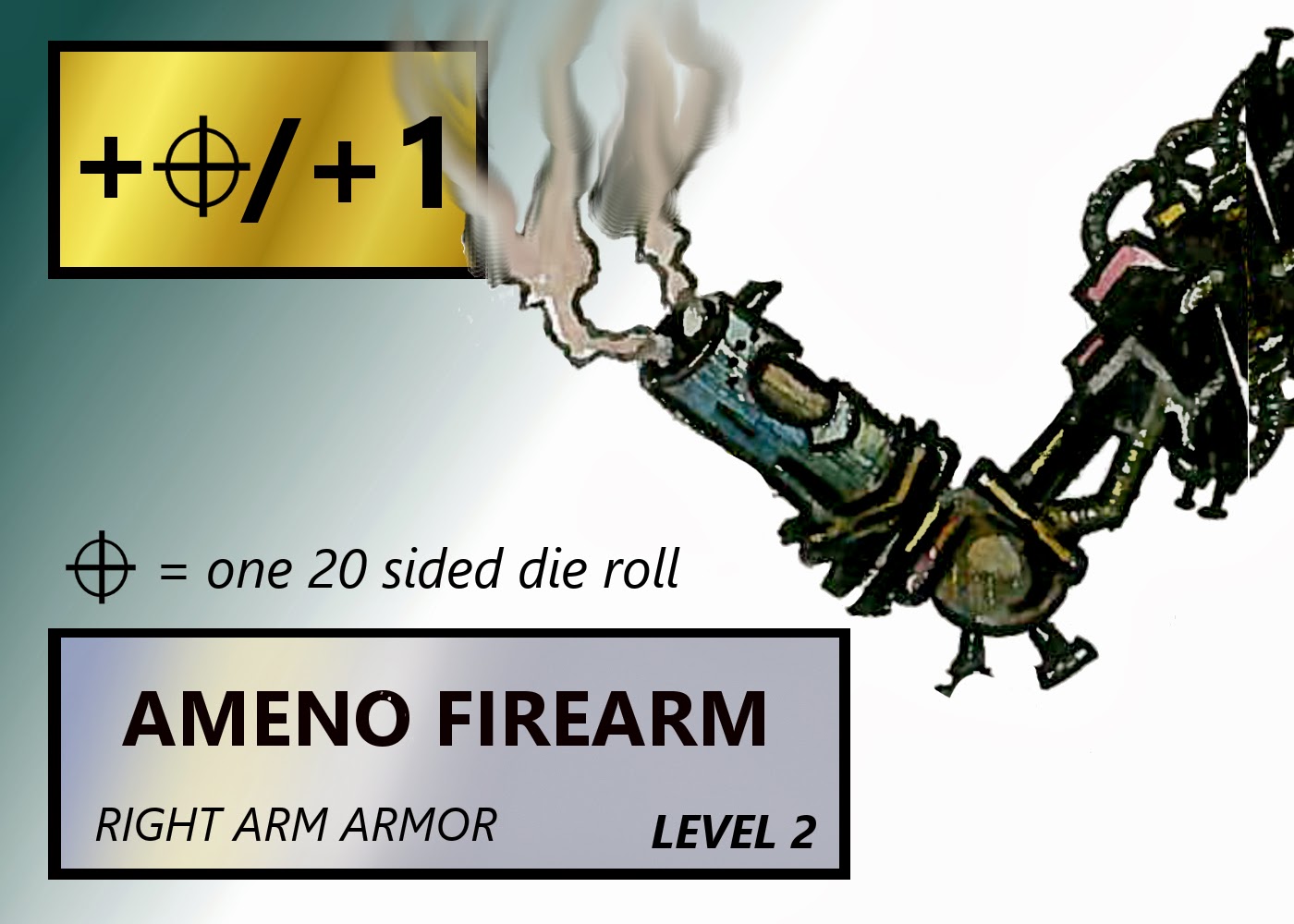 Maxine Trinidad, Trace Law, Shero, and Pelpe Derdae make up some of the games most popular characters. In the background you can see one version of a robot you can build during a typical game of PBL ROBOTS. 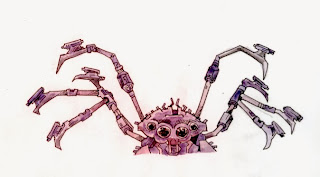 Each body part has upgrades of different levels and powers. The AracnaClaws are a level 3 head armor designed by crew member Tormax, fusing spider DNA with robot parts. His designs are a controversial addition to the league, but such popular and powerful designs have slowly made acceptance into the league over the years. Tormax may be one of the most bizarre characters on the PBL ROBOTS roster, but it is no doubt his ideas may be the future of the sport. 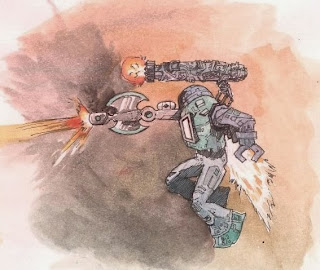 Artwork of a PBL ROBOT in the middle of the game with many level one and level two upgrades making an attack. The Yahtzee Bazooka is the current shoulder weapon, which provides an additional attack after each combat. You can also see the pilot pit in the center of the robot. The real question is, what will this attack be? What did they roll?

The game itself was invented by William Hessian in 2001 and spent 10 years being developed and play-tested until William play-tested the game in 2013 with another Hidden Ladder Collective artist John Supinski. Directly after the game John made a comical bet that he gain control of the game with a role of a 7. A seven was rolled. The fate of die roll was meant to be, and William Hessian began a partnership with John Supinski in a deal that resurrected PBL ROBOTS into full gear. The die roll was like an epico beam that has blasted the game towards completion. William and John have also played each other 100 times and keep a running tally of their current score against each other. 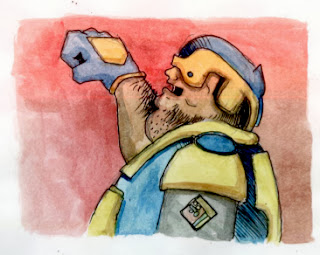 The final artwork for this introduction to PBL ROBOTS: the ultimate robot card game is crew member Soda Fats! He gives you a larger card size and the ability to boost your attack and he constantly yells, "HOT DOGS FOR LIFE!"

Follow PBL ROBOTS as we work towards a North America release and kickstarter campaign: