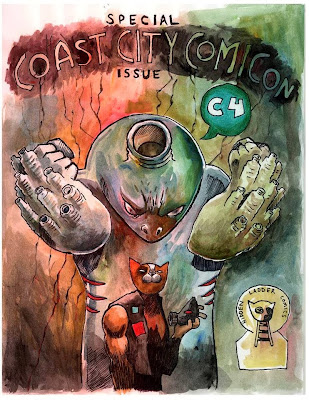 The activist superhero comic book SILK CHAINS is coming to Coast City Comicon. William Hessian and the Hidden Ladder Collective will be in Portland Maine in November to present new underground comics and artwork. SILK CHAINS is a zine/comic book hybrid that has had over 12 authors in its history, currently featuring Puck and his chainsaw arm fighting the evil water bottle shark, Nest Lee. A comic book about water privatization and fighting corruption.

Just recently you can find SILK CHAINS on Facebook and show your support for the comic. The special Coast City Comicon zine sized issue will be available for only 3 dollars at the comicon and William Hessian will be there to sign copies. 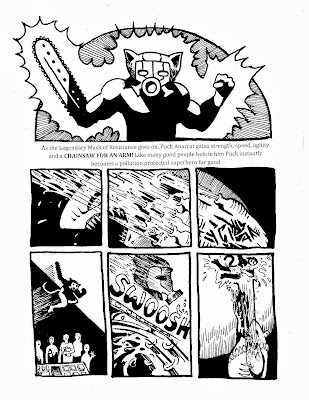 Cat hero with a chainsaw for an arm! Puck Anarcat!

Posted by William Hessian at 3:20 AM