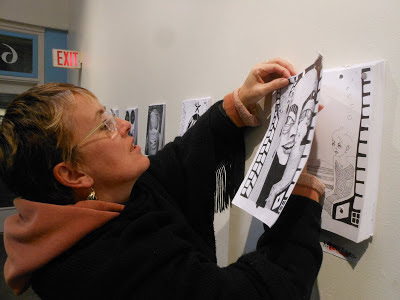 On this First Friday, Robin Farrin RIPPED it up at the Rip & Tear Experimental Drawing Show

“Rip and Tear” is an experimental drawing show consisting of photocopied drawings and re-worked photocopies available in a limited series of 100 prints. Each artist is represented via a stack of prints mounted or attached to the wall. At the opening event viewers/participants will be able to purchase ($5 per print) and rip prints right off the wall! As prints are taken a loud rip will echo in throughout the gallery space, and participants will see themselves projected on a screen above. Visitors are asked to watch carefully, as each art print ripped off the wall leaves behind a similar, but varied print, causing the artwork evolve as the evening progresses. The show features all new black and white drawings from artists Kenny Cole, Bridger McAlonan, Jack Slattery, Brian Reeves, Abbeth Russell and William Hessian. Artists will be on hand to sign ripped prints with red sharpie markers. 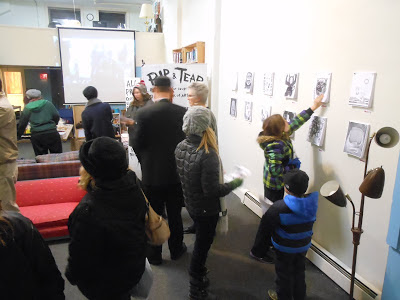 Hundreds of people came out in the rain and sleet to rip exclusive art off the walls from six different Maine artists. 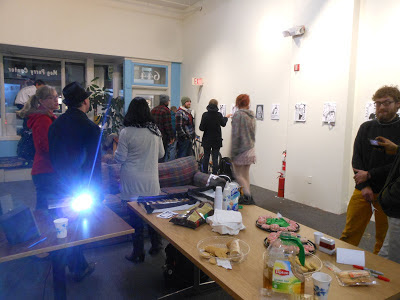 The Meg Perry center was home to a controversial drawing exhibition 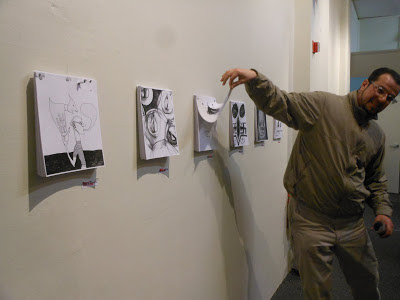 Damir showed off his skills in ripping art off the walls 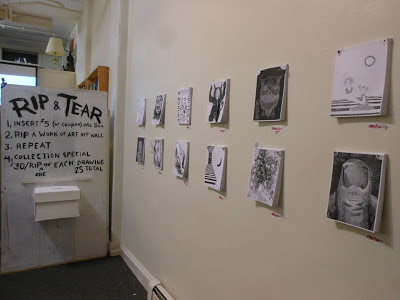 The wall explained the rules. Some viewers ripped very carefully in order to collect the work and take it home. While others.... 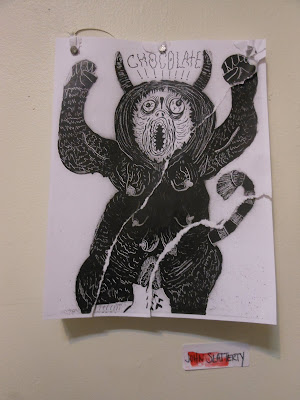 Decided to alter the drawings with very strategic rips. Creating an all new work art. Artwork by John Slattery. Artwork by Jack Slattery. 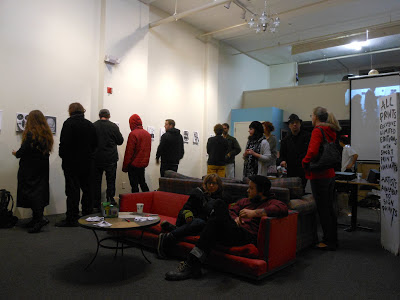 You can see the video projection in the background. All six artists came out to sign prints and alter the artwork. Around town people could find free rip coupons to be redeemed at the show. 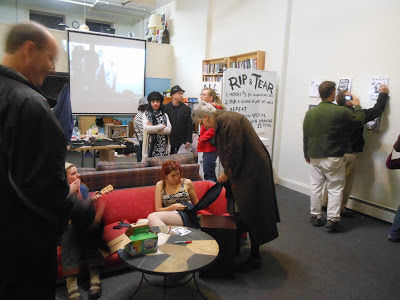 The sound of paper ripping was going on all around the gallery and people were starting large collections of the art. 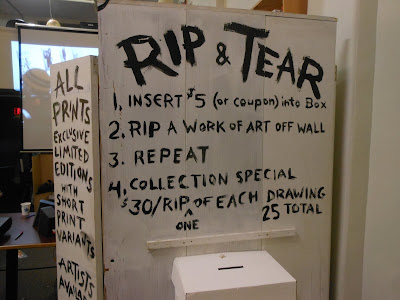 Here are the rules to the Rip and Tear art show. 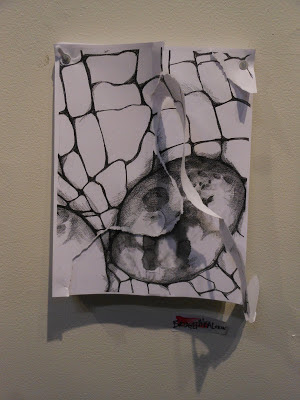 Artwork by Bridget McAlonan. Altered with Rip by viewers during the night. Still changing every day. 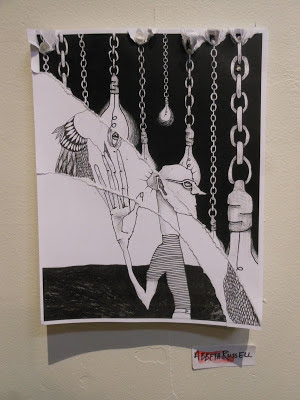 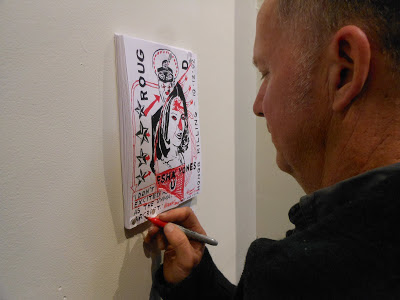 Kenny Cole decided to hand draw new variations of each drawing, creating one of kind drawings. His work is very political, and the viewers were making all sorts of interesting rips on his work. 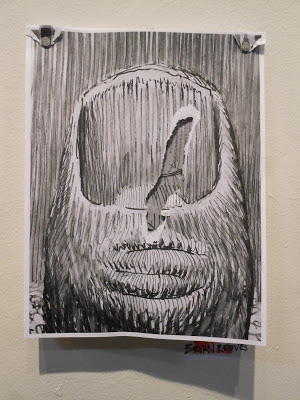 Artwork by Brian Reeves. Brian created a series of toes with a series of skin and hair on the backside of each toe. The toes were everywhere. 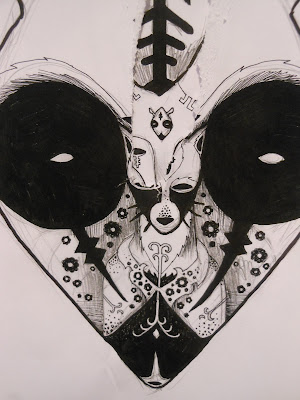 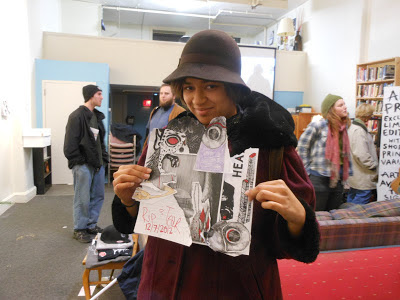 Tanya took her ripped drawings and built a one of a kind collage with the works. It was a really beautiful way to interact with the show. 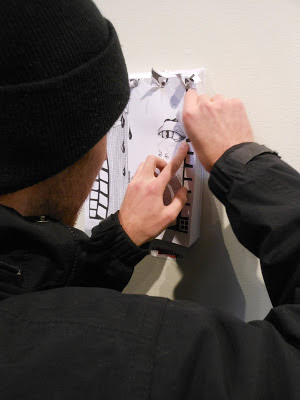 Some of the alterations helped make this show become something altogether its own. Thanks to everyone who came out and ripped with us. 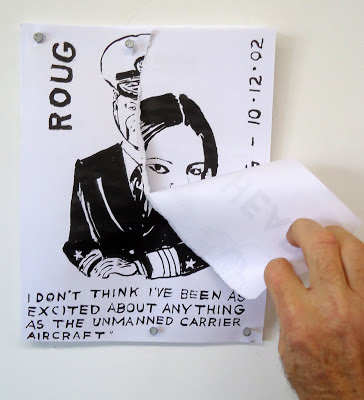 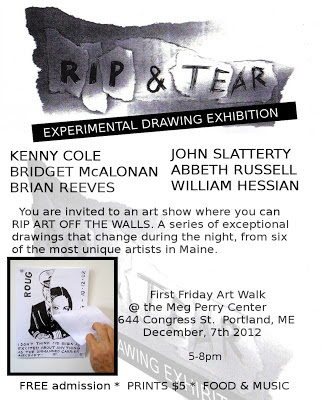 Posted by William Hessian at 7:10 PM

I got ripped off at the Rip & Tear show. It was a good value for the money! -- Owl of Hope