Today was my very first day as a Gallery Monitor at the Walker Art Center in Minneapolis, Minnesota. Luckily for me the museum is only a few blocks from my house, and the Walker was hiring. I was pretty confident in getting the job with my experience as an artist, running a gallery in Minnetonka, and working a few years part time as a security guard at an elderly resident (which is a nice way to say 'old folks home').

I was slightly nervous to walk up to the shiny robot like building for my first day (see picture below). The nervousness came from the simple act of knowing I was about to take in a lot of new information. I spent the first four hours of the special free first Saturday, standing in gallery one, surrounded by artworks by Barnett Newman, Clifford Still, Alberto Giacometti, and Mark Rothko.

I made two very interesting realizations in those first four hours. The first, was that upon researching the title cards it appeared that 14 out of 16 works created in that room were done by the artist after the age of 50. Most died within ten years of completing those particular works. This gave me a sense of hope, as youth is seemingly running away from me at light speed, I can a least have solace in the fact that it would not be abnormal to create monumental works of art at 50.

The second realization was that I am a very competitive person, which I actually already knew, but I did not know works in which the artist has passed, still fires up my competitive spirit. I spent that first four hours drooling for a pen and paper, which is frowned upon during gallery monitoring, since my attention should be on the visitors.

Here is a list of things I must be on the watch for working for the Walker Art Center:
1.Pens (only pencils are allowed)
2.Clunky Backpacks
3.Beverages (unless fastened and put away)
4.Touching of the Artwork

80 gallery monitors are employed at one time at the Walker Art Center. The gallery monitor employees are a huge group of varied people, many with beards, many with art backgrounds and all with a gray shirt, gray pants, black shoes and a black belt. I also learned that many also have gel in soles in their shoes, of which, I need to purchase. My feet hurt.

My feet began hurting right before I began in my second room, which is the featured exhibit on display at the Walker on Eero Saarinen the architect. Half of the show is on display at the Walker and the other half is on display at the nearby Minneapolis Institute of Arts. I admit, that after four hours in the gallery my appreciation for the work actually grew on me. There are some funky chairs, and some neat conceptual drawings, but architecture just does not boil my soup. Upon seeing the images 70 times as I paced back and fourth in the gallery, I decided there was some qualities to them that I did enjoy. I appreciate the functionality of the work, and the fact that his work made a legitimate different in the world.

I return again tomorrow, hoping to find more inspirations and use the time to learn more about the artists that I've admired from the history books or slides in art history class. I hope to learn the mysteries of the Walker Art Center and more fully understand what is modern art.

Because right now, I have no idea what modern art truly is. 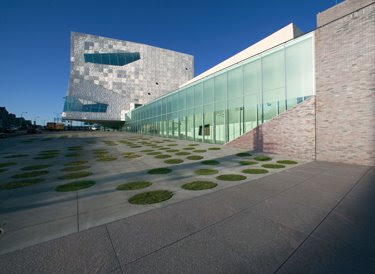 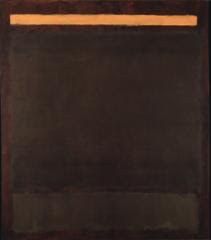 a mark rothko painting
Posted by William Hessian at 2:47 AM

So what does boil your soup?