Bring Your Own Art Party 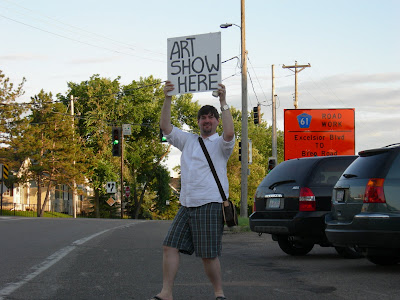 Cody Kiser and Gail Kern helped bring in traffic from the streets. They are both talented artists and sign holders. 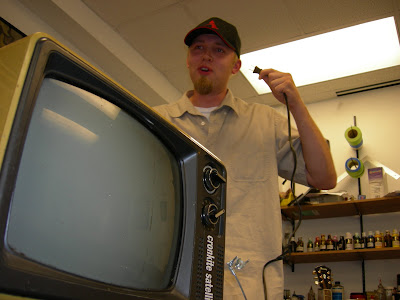 Cronkite Satellite (ryan simonet) performed once again with a thrilling set of his best work. We are sad to know he will be leaving America soon. 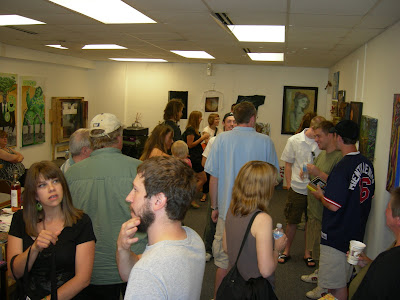 We packed the house. The show was very well attended and over 9 bottles of wine were polished off. Artists' are thirsty. Especially at a BYOA party. 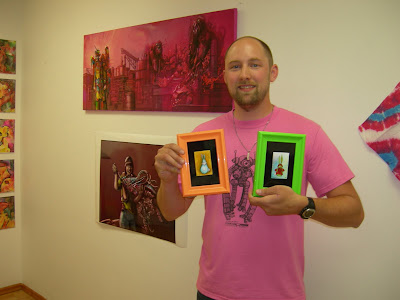 This artist stopped by only briefly, his work was incredible. He did buy a few bearded bunnies, and I will be posting another blog post in the future about him and his art. 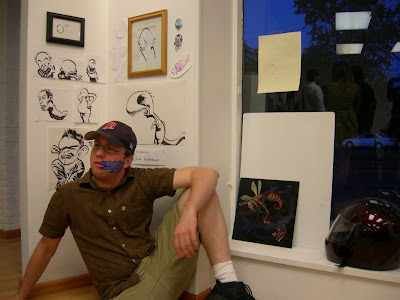 Adam Hafermann comtempates his own artwork (seen behind him) while sporting a purple face painting done by Dorianne McCreary. 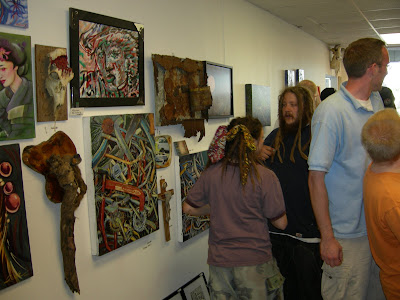 Some of the most interesting work was from Sherri Dahl and her friends. One of whom was his first art show ever. I hope to be in more shows with this group. They are doing some very cool things.

One of the most enjoyable art shows I've been a part of. It was a BYOA party, it featured 4 musical performances (all amazing), dozens of artists and was also a kick off for my Art as Treasure art tour. It was also the last art show Billy and the Old Man will host.

Thanks to everyone that was involved.
Posted by William Hessian at 8:12 PM

That was an awesome show!